Introducing Pickleball: A Fun Game the Whole Family Can Play

The game was first invented in 1965 by three dads in the United States with bored kids. It slowly made its way to Canada and is now the country’s fastest-growing sport.

It’s a game played by young, old, and everyone in between. In fact, the slogan of Pickleball Canada is, “A Game for All.”

If it hasn’t already, it may show up in your child’s school PE class very soon. The game has all the components that kids like: it’s easy to learn and it has a funny name!

So what is this game and, most importantly, are there pickles involved?

The game does not require brined cucumbers. But there is a whole lot of fun. Kids LOVE it!

Pickleball is played on a badminton-sized court with ping pong-type rectangular racquets, a wiffle-type ball, and tennis-like rules. It can be played as a singles game (with two players) or a doubles game (with four players).

The rules sound complicated but they’re actually pretty easy to pick up. Once your kids play a couple of times, they’ll have the game down pat and they’ll want to play again and again.

The court is divided into six sections. On each side of the net, there is a section called the non-volley area or the kitchen. At the back of the court on both sides, there are two sections into which serves are made – just like in tennis. The net is 36” high at the ends, and 34” high in the middle. 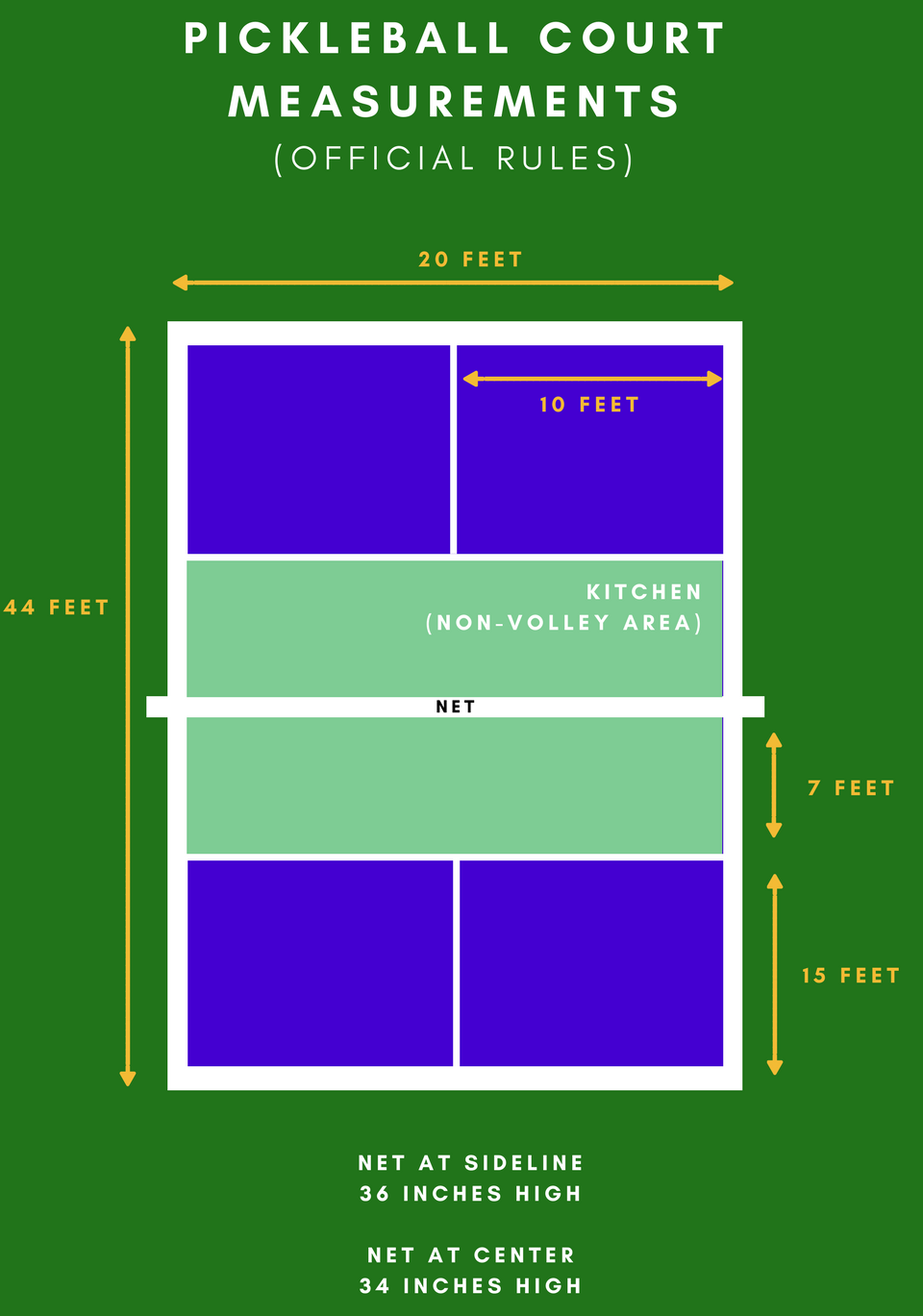 The server stands behind the baseline in the bottom right-hand corner facing the net. The serve is made by hitting the ball underhand with the racquet just below the waist without bouncing the ball. The ball must bounce in the opposite corner (diagonally across the court) beyond the opponent’s kitchen.

The opposing player must let the ball bounce before hitting the ball back.

Once the ball has bounced on each side once, the game continues with the ball being played back and forth across the net. Remember: players can only volley the ball (play it without it bouncing) outside of the kitchen area (you can only go into the kitchen to return a ball once it has bounced, otherwise, you must stay out of the kitchen).

Only the side serving can win a point. How?

Just like in other racket sports, players win points when their opponent(s) commit a fault.

How to avoid a fault

Where can you play pickleball?

Pickleball courts have been set up in community centers, YMCAs, and in gyms in schools across the country. Many communities are also adding lines to tennis courts so either tennis or pickleball can be played on the same surface.

If you have a large space of your own, you can measure out your own pickleball court using the dimensions in the diagram above, and use tape to mark out the boxes. Sets with rackets, pickleball balls, and nets are sold online so you can have your own game ready to go at a moment’s notice. If you are setting up your own game, make sure it’s on a surface where the ball can bounce. If you want to set up a court on grass, make sure it’s very compacted.

If you’re relishing a brand new game for you and your kids, perhaps you find yourself in a pickle for something to do, (stop me now!), pickleball is a game that is growing in leaps and bounds and is an activity that you and your whole family will love to play together.

Active for Life is a national initiative created to help parents raise physically literate children. At activeforlife.com, parents, educators, and coaches will find fun activities, engaging articles, and free resources to get kids active, healthy and happy. Sign up for Active for Life’s monthly newsletters. Connect with Active for Life on Facebook, Instagram, and Twitter.